Getting To Know Bob

Bob is a visionary who has dedicated his life to finding solutions for some of the worlds toughest questions. Utilizing a CONTEST system where other visionaries may submit their ideas- for grand prize winnings, is a fierce motivator.

Bob gained his start and experience, hosting a television show starting in 1999 and running through 2001 at a community access channel in California. The show received accolades for its forward thinking and placed 2nd in an environmental film festival in the Global Warming category.

Recently, over the course of the past ten years,  Bob has been selling renewable energy and speaking publicly about GEO THERMAL to audiences around the nation from all walks of life.

Renewable, or solar energy, uses the sun’s light, along with wind and even certain molecules in plants and animals in order to power cars, turn on lights, and keep appliances working.

Heat is produced whenever the sun touches something, and solar energy can be used to power almost anything. Natural gas, oil, and coal are all byproducts of solar energy, since the plants and animals used to create these natural resources receive their energy from the sun. However, since coal, oil, and gas are resources that can be depleted from the earth, they should be conserved as much as possible, which is why Bob and other environmentalists are conducing progressive research on ways to use renewable energy in every day life.

Solar power is known to be one of the cleanest renewable energies around today. How solar power works is by photovoltaic tiles. These tiles change the sunlight into a form of electricity that can be used to heat our homes and even help our gardens grow.

What happens in essence is that the tiles are created with pieces of positive and negative silicon that is place under a thin piece of glass. The sunlight hitting the tiles causes the neutrons to move off of the silicon. The neutrons that are negatively charged are stuck to the silicon by the magnetic field that is caused because of the reaction. Then an electric current is formed. Then this current is passed to the area in which we wish to heat through as inverter which converts it to electrical power for us to use in our homes. This solar power can be used just like electricity for lamps, televisions, and of course heat.

Many people in the United States are now adding solar power to different areas of their homes, such as basements, sunrooms, or their entire home. These solar panels are not very hard to install but may be expensive according to how large the panels need to be and how they need to be installed. 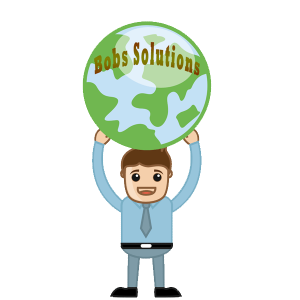